History of the Carman Curling Club 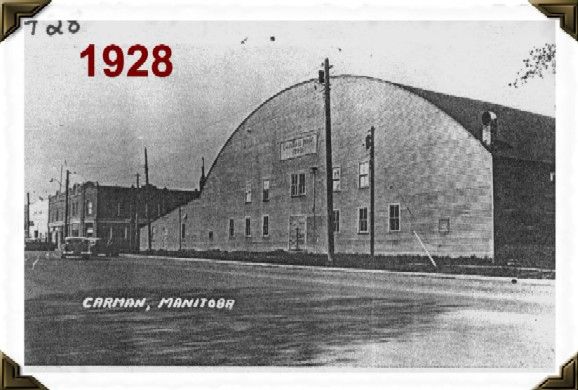 The Carman Curling club was established in 1882. The first curling rink in Carman was built in 1893 across from the present site of the Catholic church. It was occupied for two or three years. When the roof collapsed owing to a flat roof structure, a temporary rink was built north of the railway tracks and used for two years.

In 1900 an indoor skating rink was built at the corner of Walnut St. and Villiard St. (as it was known at the time), the present site of the Janzen Pontiac dealership. It had one sheet of curling ice on either side of the skating ice. About 1926, this building was condemned, the roof was taken off the building and the ice surface used for outdoor skating.

A new building was constructed on the same site in 1928. This time it had a metal roof and consisted of three sheets of curling ice on the north side of the arena. This rink was build by Dan McIvor. There was a restaurant across the street in the building on the corner north of the Memorial Hall called the Carmania and the skaters would cross the street in their skates to buy candy 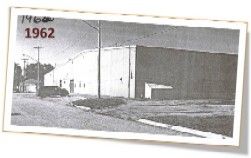 and ice cream. In the early days a curler owned his own curling rocks and would have to transport them to and from the rink to any out of town bonspiels. They did not always match in terms of size and sometimes there would be disputes when taking a measurement.

Carman Curlers were well known in the province even early in the century. The Royal Caledonia Tankard from the Winnipeg Bonspiel of 1913 is on display in the Carman Museum. The winners: R J. Kellet, H. Robson, E.J. Ryall and Thos. Rischardson represented the Carman Curling Club.

The next location for the Carman Curling Club was housed in the Carman Agricultural Colosseum which was constructed in 1961. This complex was financed through a federal government grant and assistance from the Town of Carman and R.M. of Dufferin. The artificial ice plant for the curling rink was provided by the Curling Club. 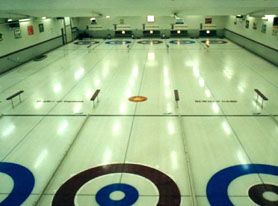 In 1990 the Carman Curling Club and Golf Club joined efforts to build the 8000 square foot facility. It features five sheets of curling ice, ladies and men’s locker and change rooms, and a 200 seat restaurant.

In 2011 the two clubs combined to have one governing board and changed the name to Carman Golf and Curling Club.

Curling from the club level up to the provincial and national levels has seen members of various Carman curling clubs excel. Mens and ladies, senior and junior and mixed have rinks from Carman as zone and provincial champions. Men and women from the area have also served in various capacities on the executives of the Manitoba Curling Association and Manitoba Ladies Curling Association , however the backbone of any club is the once or twice a week curler.